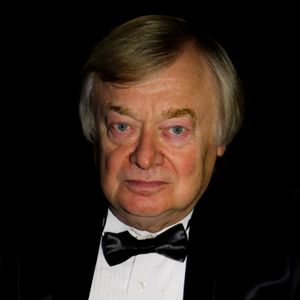 Friedrich Lips is not only one of the most well-known and most renowned musicians of Russia, but he also received broad international recognition. The versatile creative activity of Friedrich Lips, People’s Artist of Russia and professor at the Russian Gnessin Music Academy determines also the recent development of the academic bayan essentially.

Lips’art of interpretation is documented on many CDs (about 40) released in Russia, Japan, the USA, Austria and Sweden.

Among the graduates of the class of Professor Lips are about 60 winners of national and international competitions.

Lips is an author of three books "The Art of Bayan Playing", "The Art of Arranging Classical Music for Accordion" and “It seems like yesterday”, as well as a set of articles on the art of the bayan. The books and articles are published in Russia and abroad in their translation in German, English and other languages.

Lips is initiator, author and publisher of some volumes of the concert repertoire for bayanists, among others the unique “Anthology for Bayan” in 10 volumes.

Lips did the first performance of more than 80 works for bayan, among others concerts and sonatas of the most important contemporary composers such as S. Gubaidulina, E. Denissov, A. Kholminov, Vl. Zolotaryov, K. Volkov, P. Londonov, S. Berinsky, E. Podgaiz, M. Bronner, T. Sergeyeva, A. Zhurbin, A. Tshajkovsky and many others.

Lips is member and president of the jury of many Russian and international competitions. On his initiative and under his artistic direction the international festival "Bayan and Bayanists" has been held in Moscow annually since 1989, with the best Russian and foreign soloists taking part.

Since 1996 F. Lips has been holding the chair for folk instruments at the Russian Gnesin Music Academy (since 2004 chair for bayan and accordion).

In 1993 he was awarded the “Silver Disc” of the festival “Bayan and Bayanists”. In 1994 president B.N. Yeltsin presented the distinction of a “People’s Artist of Russia” to Friedrich Lips in the Kremlin, and in 2001, due to a degree by president V.V. Putin “the order of friendship” was given to him.

In 2001 he was named "Musician of the Year" by the newspaper "Musical Review“.

In 2005, the city of Emanzelinsk gave the name of its first graduate, Friedrich Lips, to the Children's Art School No.1.

On the occasion of the twentieth anniversary of the Moscow Autumn Festival, he was awarded the “Gold Medal of Moscow” in 2008, the Diploma “Golden Talent of Russia” by the Russian Performing Art Foundation in 2009.

In 2010 he was elected an honorary Professor at the London Academy of music (UK).

In 2012, China Post issued a postage stamp with a portrait of the musician.

In 2019 he was elected an honorary Professor of the North Caucasus state Institute of arts (Nalchik).

He is a Visiting Professor at the conservatories of Tian Jin (China), Pula (Croatia) and Kragujevac (Serbia).