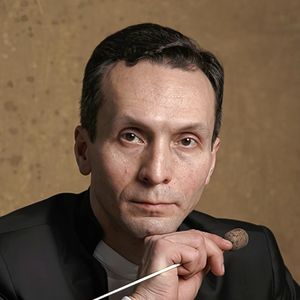 Ilya Norshtein is well-known as a top-level conductor and violinist, the artistic director of the Hermitage ensemble of soloists and conductor of the Novaya Opera Theatre in Moscow.

He graduated from the Tchaikovsky Moscow State Conservatory in 2000 and completed a qualification apprenticeship course as a violinist in 2003 (Prof. Shikhmurzaeva’s and Prof. Bushkov’s classes). In 2020, he graduated from the Kosygin Russian State University (the Maimonide State Classical Academy) as a conductor (Prof. Ponkin’s class).

In 2008, he became a soloist and an accompanist of the Hermitage Soloist Ensemble, and since 2020, he has been its artistic director. In 2015–2018, he was a conductor of the Svyatoslav Richter Youth Symphony Orchestra in Kaluga. In 2020, he joined the Novaya Opera as an assistant conductor.

Ilya Norshtein performs as a conductor with the Moscow Chamber Orchestra of the Pavel Slobodkin Centre, the Orpheus Radio Symphony Orchestra, the Sergei Rachmaninov Symphony Orchestra, and the State Philharmonic of the Republic of Tatarstan. His repertoire includes works by various composers ranging from the Baroque era to the present time.

As a violinist and a conductor, he performs extensively in Russia and abroad (USA, Israel, France, Germany, Italy, Great Britain, and Australia). He takes part in concerts at the Grand Hall of the Moscow Conservatory, the Column Hall of the House of Unions, the Tchaikovsky Concert Hall, the Kremlin Palace, the Moscow International Performing Arts Centre, and the Zaryadye Concert Hall.

Ilya Norshtein has organized numerous festivals, subscription concerts, educational programmes and other major art projects. He is also a coauthor of a number of musical and literary compositions such as The Queen of Spades and The Blizzard with Maksim Averin, Little Brother and Karlsson with Valeria Lanskaya, The Triumph of Artistic Taste with Alexander Filippenko. As Music Director he produced Mozart's Die Zauberflöte at the Novaya Opera Theatre.