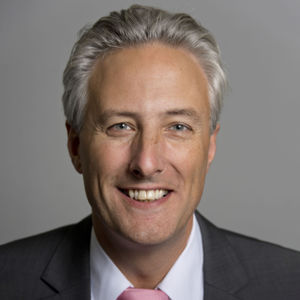 Maestro Oliver Weder born in Frankfurt/Germany, began his musical education as a violinist at the Frankfurt Music Academy. After his german conducting diploma he studied as the first western-german scholarship-holder at the St. Petersburg Conservatory with Prof. Ilya Musin and Prof. Vladislav Chernushenko.

Currently the Music Director and Chief Conductor of one of Germany's oldest orchestras, the 1635 founded Thueringen Symphony Orchestra and the Rudolstadt Opera, Maestro Weder began his professional conducting career as First Kapellmeister at the State Opera and Ballet in Perm/Russia. After a well remarked first performance of Wagners “Flying Dutchman” in Perm he was invited back to St. Petersburg.

From 1994-1997 he was musical supervisor and chief conductor at the"Rimsky-Korsakov“ State Theater of the St. Petersburg Conservatory. Following a period of time as assistant to Valery Gergiev for the German repertoire at the Mariinsky Theater, he was engaged as a permanent guest conductor at the Kirov for the 1996-97season.

His guest appearances include the Hamburg Symphony Orchestra, the Nationaltheater Weimar, the Nederlandse Opera Amsterdam, the Savonlinna Festival in Finland, the Rheinsberg Opera Festival and appearances in Frankfurt,  Bayreuth, Essen, Milano, Lissabon, Switzerland,  Mexico, South Korea and the USA.

Oliver Weder worked as guest-professor for the Musica-Academies in Frankfurt, Mainz and at the Folkwang-University Essen.