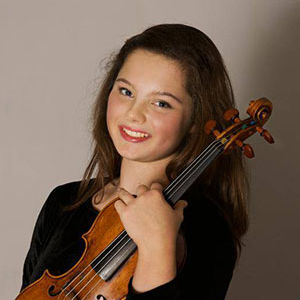 Sofie Leifer was born in 2005 to a family of musicians in Copenhagen, Denmark. She started playing violin when she was four years old. At age eight, she began studies with Maestro Boris Belkin in Conservatory Maastricht (Netherlands). Currently, Sofie is under the tutelage of Prof. Zakhar Bron In “Z. Bron Academy “ in Interlaken (Switzerland). Sofie Leifer is a winner of first prizes in the following national and international competitions: