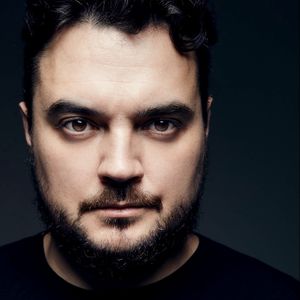 Andrey Shamidanov was born in Moscow in 1985. He studied the bassoon at the Gnessin Moscow Special School of Music under teacher's Gennady Shamin and Yaroslav Kostrykin, the Academic Music College at the Moscow State Tchaikovsky Conservatory, the class of People's Artist of Russia, Professor Valery Popov (2002- 2004), and at the Moscow State Tchaikovsky Conservatory with Professor Valery Popov (2004-2009).

Andrey Shamidanov has contributed to master-classes by Professor Klaus Thunemann and Lyndon Watts, a bassoon soloist with the Munich Philharmonic and an academic teacher. He is a prize winner of international competitions in Athens, Volgograd, Lviv, and Moscow, including the 1st International Rimsky-Korsakov Competition (St. Petersburg, the First-Prize winner), and the 6th International Competition of Performers on Wind and Percussion Instruments (2014). He collaborated with Musicaeterna Orchestra directed by Teodor Currentzis, the Moscow Soloists and New Russia Chamber Orchestras with maestro Yuri Bashmet, the National Philharmonic Orchestra of Russia and the Moscow Virtuosi Chamber Orchestra under the baton of Vladimir Spivakov, the Svetlanov Symphony Orchestra directed by Vladimir Jurowski, the Honoured Ensemble of Russia with maestro Yuri Temirkanov, the Armenian National Philharmonic Orchestra directed by Eduard Topchan, and the Pratum Integrum, as a baroque and classical bassoonist.