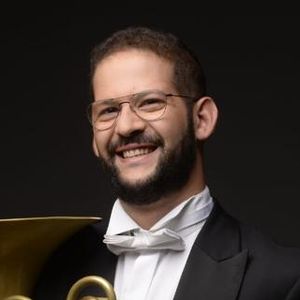 Hagai started playing the horn at the age of 10 in the Haifa Conservatory and soon after joined the Haifa Youth Orchestra.

Hagai served in the IDF Band for three years and was the recipient of the America-Israel Cultural Foundation scholarship between the years 2006-2013.

Following his army service Hagai performed as a low horn player with the Jerusalem Symphony Orchestra for two seasons (2010-2012).

Since 2016 Hagai has been a member of the West-Eastern Divan Orchestra led by Daniel Barenboim.  Hagai joined the Israel Philharmonic Orchestra in 2018.