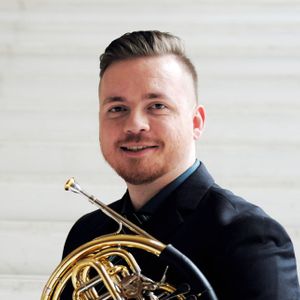 Principal horn of the Kaliningrad Symphony Orchestra,  Vadim Shvedchikov is an international artist and  soloist.

Prior to coming to Kaliningrad, Vadim has  served as a Principal horn with different orchestras  worldwide including Shanghai Opera House and  Guiyang Symphony Orchestra, where he received a  ‘Musician of the Year’ award only a year after  joining it.

Vadim is a Boston University Scholar under the studio of an internationally renowned horn virtuoso  Prof. Eric Ruske. Prior to his Masters degree he completed his Honours Bachelor of Music degree on full  scholarship at National University of Singapore where he studied under Han Chang Chou (Tianjin Juilliard  School) and Jamie Hersch (Associate Principal horns of Singapore Symphony Orchestra).