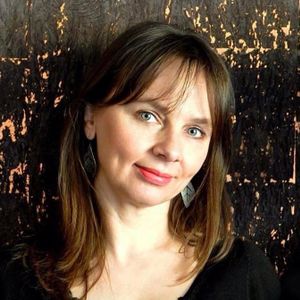 Polish concert pianist, Mariola Sokolowska, enjoys a very high demand today. Well sought after, both as a soloist, accompanist and teacher, Mariola Sokolowska was the winner of the Frederic Chopin Scholarship Award . She graduated from Elsner Secondary School of Music in Warsaw and from Lipinsky University of Music in Poland with a Master degree of art, specialising in piano performance and pedagogy. Ms. Sokolowska was subsequently appointed as a teacher and accompanist at the above named University. She has participated in numerous workshops and masterclasses, most notably the Franz Schubert Interpretation Workshop in Weimar, Germany, as well as Victor Merzhanov masterclasses.

Her performance credits include appearances with the Sudety Philharmonic Orchestra,Lepoldinum Chamber Orchestra,music festivals such as Bastat Music Festival in Sweden with the Gdansk Philharmonic Orchestra as well as the Wratislavia Cantans Music Festival in Poland. She has furthermore performed several concerts in England, Czech Republic, Germany, Sweden and Poland. Ms.Sokolowska was also featured many times on the radio and Polish TV. Ms. Sokolowska's recording debut featured double bass music with critically acclaimed New York double bassist Pawel Knapik, with whom she recorded musical CD's.

The career of the concerto pianist Mariola Sokolowska took a major turn when she moved to the United Arab Emirates in 1999, and became the current Head of Piano Department for the Centre for Musical Arts where she acts as both piano teacher and accompanist.

During her time in the Middle East, Ms Sokolowska has given several solo recitals in Dubai. She furthermore frequently acts as accompanist to world renowned soloists such as clarinettist David Campbell and Julian Bliss and violinist Bartosz Bryla, in the UAE and in Bahrain. In 2012 Ms Sokolowska returned for the second time to act as a judge for the Second UAE International Chopin Competition She also regularly performs with the Dubai Chamber Orchestra, acting as a soloist, as well as playing harpsichord parts,with her recent performance being in 2014.  Throughout her years in the Middle East, Ms.Sokolowska still returned back home Poland to perform recitals and concerts with orchestras as soloist, with her latest recital performed in 2016 in Żelazowa Wola: the birthplace of the Polish-French composer Frederic Chopin; a highly regarded venue among pianists.