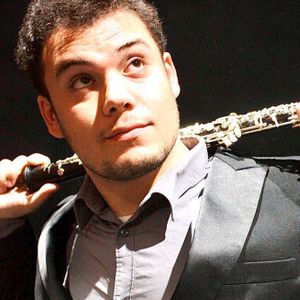 Lior Michel Virot born in Zurich, Switzerland began his oboe training at the Municipal Conservatory of Netanya, Israel in 2006 with Boris Banti and in 2009 with Boris Baev.

Between 2009 and 2014 Lior was Principal oboe of the Young Israel Philharmonic Orchestra.

In 2014 he participated in numerous recitals organized by the America-Israel Cultural Foundation, and that same year won the third place of the national woodwind competition and performed as a soloist with the Raanana Symphonette under the baton of Eyal Ein Habar and he won the 4th prize again in 2018 and won the 2nd prize of the academy music competition in the same year. He Graduated the Buchmann Mehta School of Music (BMSOM) at Tel Aviv University with Prof. Dudu Carmel ,Principal Oboe of the Israel philharmonic orchestra.

He travels around the world and performed with the JSO and other orchestras in Germany, France, Italy, Switzerland, USA, Canada, S.Korea, Brazil, Chile, Argentina Peru and China

In September 2019 He performed In Munich as a soloist with the BMSOM alongside Anne-Sophie Mutter , Hila Bagio and conductor Zeev Dormann, and in December the same year with the BMSOM orchestra with Lahav Shani .

Lior is currently a member of the international Shanghai youth symphony orchestra under the baton of Zou Zoung.

He performed with various orchestras including the Israel philharmonic, Haifa Symphony orchestra, the Israeli Chamber orchestra and the kibbutzim orchestra and with the Tel aviv soloist ensemble.

Lior has won merit scholarships from the America-Israel Cultural Foundation since 2011.

He participated and performed in masterclasses in Israel and Switzerland with some renowned oboists such as Heinz Holliger (international soloist) Albrecht Mayer (solo oboe of the Berlin philharmonic) Ramon Ortega Navarro (Prin. Oboe LA Phil) Emanuel Abbühl and Jean-Louis Capezzali.