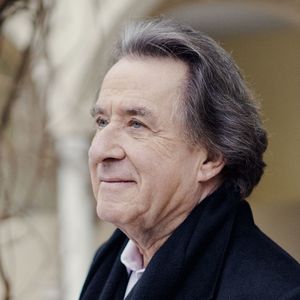 Rudolf Buchbinder is one of the legendary artists of our time. His piano playing is an unparalleled fusion of the authority of a career spanning more than 60 years with spirit and spontaneity. His renditions are celebrated worldwide for their intellectual depth and musical freedom.

Particularly his renditions of Ludwig van Beethoven's works are considered to be exemplary. He has performed the 32 piano sonatas 60 times in cycles all over the world and developed the story of their interpretation over decades. He was the first pianist to play all Beethoven sonatas at the Salzburg Festival during a summer festival. A live recording is available on DVD.

On the occasion of Ludwig van Beethoven's 250th birthday in the 2019/20 concert season, for the first time in its 150-year history, the Vienna Musikverein gave a single pianist, Rudolf Buchbinder, the honor of performing all five piano concertos by Ludwig van Beethoven in a specially edited cycle. Buchbinder's partners in this unprecedented constellation were the Leipzig Gewandhaus Orchestra under Music Director Andris Nelsons, the Vienna Philharmonic Orchestra under Riccardo Muti and the Bavarian Radio Symphony Orchestra, the Munich Philharmonic Orchestra and the Sächsische Staatskapelle Dresden under their chief conductors Mariss Jansons, Valery Gergiev and Christian Thielemann.

Together with the Bavarian Radio Symphony Orchestra and Mariss Jansons, Rudolf Buchbinder also returned to the Elbphilharmonie Hamburg, the Philharmonie de Paris, the Philharmonie Luxembourg and the Carnegie Hall New York as part of a tour.

A première is the focus of the Beethoven Year 2020. Based on Beethoven's Diabelli Variations Op. 120, Rudolf Buchbinder initiated a new cycle of variations on the same waltz by Anton Diabelli, which also forms the basis of Beethoven's epochal masterpiece. With Lera Auerbach, Brett Dean, Toshio Hosokawa, Christian Jost, Brad Lubman, Philippe Manoury, Max Richter, Rodion Shchedrin, Johannes Maria Staud, Tan Dun and Jörg Widmann, it was possible to win eleven leading contemporary composers of different generations and backgrounds. The New Diabelli Variations were commissioned by a variety of concert promoters worldwide and with the support of the Ernst von Siemens Music Foundation.

Rudolf Buchbinder is an honorary member of the Vienna Philharmonic, the Society of Friends of Music in Vienna, the Vienna Symphony Orchestra and the Israel Philharmonic Orchestra. He is the first soloist to be awarded the Golden Badge of Honor by the Staatskapelle Dresden.

He has been the artistic director of the Grafenegg Festival since its foundation in 2007. Today, Grafenegg is one of the most influential orchestral festivals in Europe.