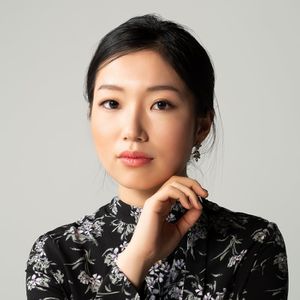 In the 2022/23 season, Su Yeon Kim makes her debut with Orchestre symphonique de Montréal. Her first album will be released with Steinway & Sons Label, follwed by a North-American concert tour.
​
​An experienced performer, Su Yeon Kim has appeared as a soloist with the Royal Philharmonic Orchestra, the Orchestre de Chambre de Paris, the Orchestre de Chambre de Wallonie, the Slovak Philharmonic Orchestra, the Salzburg Orchestra Solists, Mozarteum Sinfonieorchester, Fairbanks Symphonic Orchestra, and Krakow Philharmonic, among others. She has been invited to perform at major venues including the Herkulessaal in Munich, Grand Hall of the Liszt Music Academy in Budapest, Teatro alla Scala and Sala Verdi in Milan, Grosser Saal in Salzburg, Parco della Musica in Rome, Philharmonie de Paris, Seoul Arts Centre and the Kennedy Center in Washington D.C. She also has been invited to perform at music festivals such as Allegretto Zilina Festival, St. Gellert Festival Szeged, and Allegro Vivo Festival.

​Born in 1994, Su Yeon Kim started playing piano at age 5 and pursued studies at the Korean Institute for the Gifted in Arts and at the Korea National University of Arts with Choong-Mo Kang, Chongpil Lim, Eunok Kim and Eunju Heo. She also has been mentored by Austrian pianist Paul Gulda. Since moving to Salzburg in 2013, she furthered her studies with Pavel Gililov at the University Mozarteum and is currently based in Salzburg.