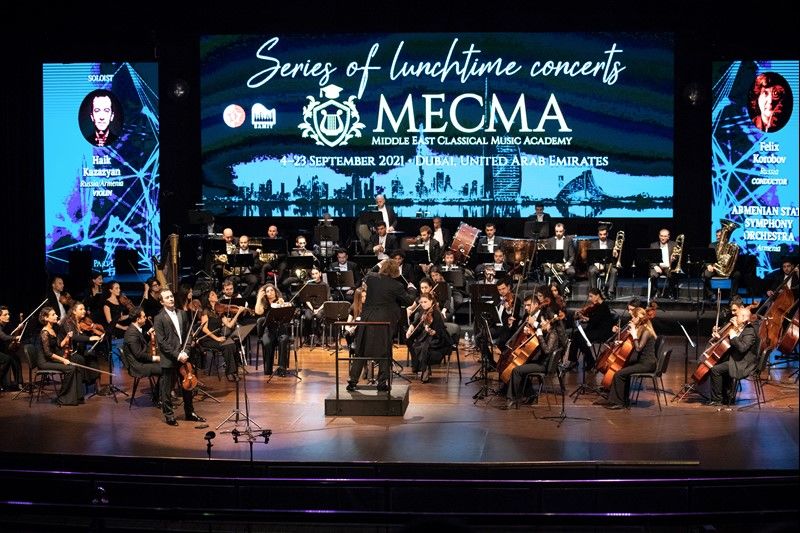 This month witnessed the launch of the Middle East Classical Music Academy (MECMA) in Dubai, a brand new initiative from the European Foundation for Support of Culture in collaboration with the UAE-based SAMIT Event Group that promises three weeks of masterclasses with internationally-renowned performers and professors as well as daily lunchtime concerts featuring a raft of distinguished guests, including young ‘Prodigy Performers’ and invited students of the masterclasses.

This newest educational venture from the EUFSC represents a first in the region, both in its scope and the level of tuition on offer. With masterclasses taking place in the schools of piano, violin, cello, bassoon, trombone, trumpet, horn, oboe, clarinet and flute, the MECMA is noted for its considerable breadth of tuition, and claims the honour of being the largest such event to take place in the United Arab Emirates in support of classical music. Piano tutors featured encompass many internationally recognised names, including: The Academy will take place across two courses, the first running until 13 September and the second from 14 to 23 September, with masterclasses taking place at Dubai’s famous Jumeirah Zabeel Saray, a palatial hotel situated on the West Crescent of the city’s Palm Jumeirah. As well as the classes on offer at the main location for the Academy, one masterclass with Professor Kim also took place at the National Conservatory Dubai on Sunday 6th September. The Middle East Classical Music Academy also welcomes various Prodigy Performers to its stage, providing an incredible performance opportunity to young musicians who, despite their young age, have already demonstrated a keen level of technique and musicality beyond their years. Joining the MECMA for its series of lunchtime performances are pianists Ivan Bessonov, Elisey Mysin, Ivaylo Vassilev and Zahar Vnutskih, as well as violinists Sofia Leifer and Leia Zhu. Attendees of the academy will also have the opportunity to perform in the concerts, with those selected representing particularly promising and accomplished students.

This initiative is presented by the European Foundation for Support of Culture, a Malta-based organisation which seeks to promote and support culture around the world, with a particular focus on classical music. To date, the Foundation has brought a variety of projects including concerts, festivals, masterclasses, lectures, seminars and other events to numerous locations around the world spanning Europe, the Middle East, Asia and the Americas. The MECMA is taking place at the same time as the EUFSC’s renowned InClassica International Music Festival, a 30-day event being held at the famous Dubai Opera and Coca-Cola Arena, with students of the Academy entitled to complimentary tickets to the series of evening concerts featuring internationally acclaimed soloists, conductors and orchestras such as pianists Marc-André Hamelin, Rudolf Buchbinder, Denis Kozhukhin, Denis Matsuev, Mikhail Pletnev, Roustem Saitkoulov, Fazil Say, Yekwon Sunwoo, Severin von Eckardstein and Julia Zilberquit.

Konstantin Ishkhanov, president of the EUFSC, said: ‘It gives me great pleasure to bring such an exciting and high-quality programme of tuition and performance to the Middle East, and we are particularly thrilled to present our ambitious programme here in Dubai. This Academy represents the pinnacle of the EUFSC’s educational efforts, and I am very pleased to welcome such an illustrious group of professors to this event.’