Yesterday at the MECMA: Piano Concerto with Costanza Principe

The daytime concert at yesterday's MECMA welcomed Italian pianist Costanza Principe under the baton of Ilya Norshtein, with masterclasses and lessons taking place throughout the busy day of activities. 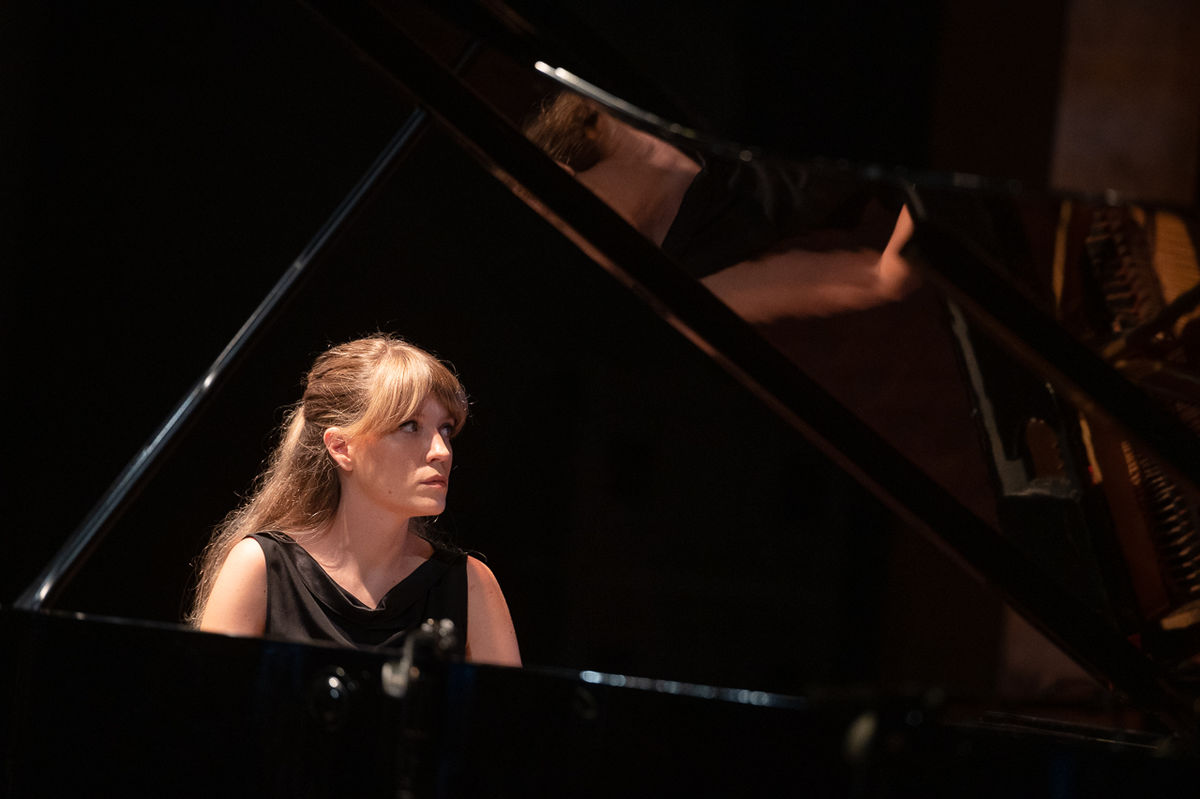 Pavel Vernikov
“This is the first time I am working on such a project and for the first time in Dubai, everything is very impressive. This is a different world, unusual for us and I am very interested. I teach and speak a lot, but the organisation here is striking in a good way. This is a great work with the Academy, with concerts, and with young soloists who play on the same stage with symphony orchestras. Such opportunities are amazing, impressive.”

“I would like to note a very strong level of students. Dubai is so far away from Europe, and if guys from all over the world came here, it means it was important for them. I like that young people are eager to learn.”

“These are unique opportunities to play with the orchestra, study, listen to concerts and I can say nothing but positive words about the event in which I have the honour to take part.”

Costanza Principe (piano)
- How did you enjoy the performance? “It was a lot of fun. We had a very long rehearsal today so we kind of created the whole thing today. It was a very intense day, but it was very nice to play this piece as I was telling the composer Mr Shor, because he was here in attendance.”

- How was it, performing it in front of its composer? “It is an extra bit of pressure having the composer there. It’s only happened to me once before, so this was the second time. It is extra pressure but in a nice way actually. I played his pieces before but never in front of him so that was something new. He was very nice and while it’s a very long concerto it’s very fun to play. Hard, because it’s 55 minutes and 9 movements, but there’s a lot of variety in between movements so it’s a lot of fun to play.”

- How has everything been for you from an organisational perspective? “Brilliant, much more than OK. They’re all amazing, very available at any time for any questions, and very helpful with anything we needed. Very nice with everything. All my questions and needs have been met. It’s been very nice, and I’m very happy overall.”

Ilya Norshtein
“It's cool to be in such a place and in such a community. The entire amount of work done by the team of the European Foundation for Support of Culture is amazing, and the preparatory work is also amazing, taking into account the transfer of the location. It's great that the scale of the Inclusive festival was not only preserved, but also multiplied during this difficult time for the music world. The number of concerts, masterclasses and other related events is amazing.”

“I am grateful to the Kaliningrad Symphony Orchestra — despite the busy schedule, they keep their attention and concentration. In a very short time, we prepared with them such a voluminous work by Alexey Shor as 'Childhood Memories'. I am pleased with the concert practice of the Academy's students, because musicians who are preparing themselves for a serious career should perform with the orchestra as early as possible. It's not easy to work with an orchestra, with a hall, and this skill can only be acquired on stage.”